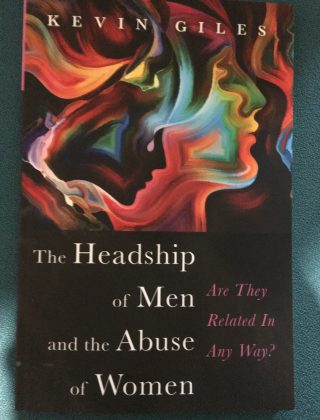 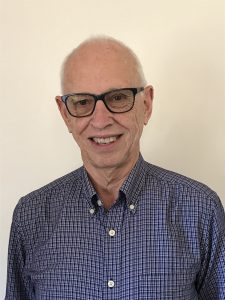 Kevin Giles, in his new book – one more than he thought he would ever write – explores the connection of complementarianism and male abuse of women. Is there correlation? Causation? A connection at all? His book is called The Headship of Men and the Abuse of Women: Are They Related in Any Way?

This book belongs on a shelf in every pastor’s library. Every pastor. Agree or not, read it. Why did Giles write this book, and here he begins to explore the correlation-causation discussion?

In this book … I argue headship teaching can encourage and legitimate domestic abuse and it must be abandoned if domestic abuse is to be effectively countered in our churches.

I write because I have long been a sharp critic of headship teaching. I have argued over forty years that this is not the creation-ideal and it can be toxic for needy and controlling men who are present in all our churches and among the clergy. It can encourage and legitimate abuse. I am convinced that Scripture in fact makes the substantial equality of the sexes the God-given ideal.

His focus in the first chapter is the SBC in the USA and the Sydney Anglicans in his home country, Australia. He opens with a shorter story about the SBC and their annual meeting

What this SBC annual meeting [of 2018] made plain was that the abuse of women as individuals could not be separated from its headship teaching that implied the secondary status of women in the church and the home. “The woman problem” in Southern Baptists Churches is just one of the many huge challenges this denomination faces, possibly its most pressing and important one, and one that the church is unable to address because they have made the hierarchical ordering of the sexes a matter of faith. They have claimed this is what a true Christian should believe. This is costing the church dearly.

He then turns to The Anglican Diocese of Sydney and their big meeting in 2018 in which there was discussion and debate about complementarianism, about physical abuse of women by male leaders in Sydney Anglican churches, and how the two are connected. A long document was produced.

I quote here his summary of that discussion:

Following the tabling and acceptance of this document, a large percentage of synod members wanted a motion put, stating publicly that abuse and violence in a marriage were a valid reason for divorce. The power brokers in the diocese were opposed to this because for them the Bible only gave two grounds for divorce, adultery (Matt 19:9), and desertion (1 Cor 7:15). They thus carefully worded the motion that went before the chair of synod. The motion asked the archbishop or regional bishops to approve “the remarriage of a divorced person, where that person has been abused physically or emotionally by their former spouse.” ‘The motion was worded in this way because the opponents did not want to be seen as opposing an abused woman leaving her marriage, possibly in fear of her life. Opposing remarriage was less of a problem. This made for a very confusing debate. In the minds of most of those present in synod if someone is validly divorced, then they can remarry. Divorce annuls marriage vows. Once the debate began the real issue in contention soon became apparent. Those opposed were convinced that domestic abuse and violence were not “biblical” grounds for divorce. Dr. Mark Thompson, the principal of Moore College, led the opposition. He said, “We must be very careful that in our right and proper concern for the victims of domestic abuse, we do not redraw our doctrine of marriage.” Bishop Peter Lin, also speaking in opposition, was even more explicit. He said as awful as abuse and violence in a marriage might be, the Bible did not allow this to be a valid reason for divorce. In opposing he motion, several speakers appealed to 1 Pet 3:1-6, where they believed the Bible asked married Christian women to accept abuse and violence at the hand of their husband. Others quoted Mal 2:16, following the RSV and NRSV translation, “I hate divorce says the Lord.”

All those in favor of the motion, like those in opposition, saw the issue as whether or not abuse and violence in a marriage is a valid reason to leave one’s husband and divorce him, and they were convinced it is. They won the day. As the debate drew to a close, Robert Tong, a strong opponent of the motion [Tong disputes this on my FB Page as there is “no evidence” he is a strong opponent, which is not saying he’s not an opponent but that there’s no evidence], moved that it be a secret ballot. This did not help him or his friends. The motion was carried 325 to 161. What is remarkable is that 161 voters were convinced that a Christian woman should not divorce her husband no matter how abusive and violent he might be, even if she was in fear of her life and that of her children![My emphasis.] Their “biblical” view of marriage could not allow it. Upholding their doctrine of marriage was more important than protecting women.

Archbishop Glen Davies, himself a conservative evangelical and complementarian, and who was chairing the synod, said that for him personally this is one of the “most contentious and difficult issues that I have had to deal with.” Why this matter was for him, and the 161 opponents of the motion, so difficult is clear. It was expressed many times by speakers against the motion. Scripture gives no explicit basis for a woman to divorce her husband for abuse or violence. …

He then turns to his own evaluation, setting up where he will go in this book:

Having this discussion is hard everywhere. There’s much to lose, much to gain – for both sides of this conversation. Complementarians need to be honest enough to look at the facts.