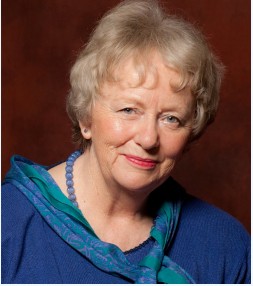 2013 – 2014 was full of challenges as we sought our members’ approval to apply to become
registered as a Company Limited by Guarantee. To do this we had to create a new Constitution for
our organisation, which we named MOWatch Australia Ltd. We updated our rules as required, but
kept the original objects of our organisation. We are now registered with ASIC (the Australian
Securities & Investments Commission). This gives our board and membership coverage and
protection throughout Australia. This change was accepted unanimously by our membership.

During 2014 -2015 our main aim has been to keep ourselves informed about what is going on in the
Australian Anglican Church, and to make our presence known when we attended events around the
nation. We deeply mourned the death of our very dear member and much-loved and honoured
Bishop, Barbara Darling in February this year. At the beginning of February two of us attended a
conference at the Priscilla and Aquila Centre at Moore College. Each year a daylong conference
occurs on the first Monday in February. Next year it will be on The Christian and Submission. The
lead speaker will be the new Head of Moore College.

We have attended the Anglicans Together Annual Dinners, and in March we attended a day seminar
organised by Soundings and Sydney MOW at All Saints Hunter’s Hill at which the Revd. Dr Keith
Mascord was the speaker.

In March the board had a meeting before the installation of Bishop Kay Goldsworthy as diocesan
Bishop of Gippsland. It was a very well attended occasion followed by a delightful lunch in the
gardens opposite the Cathedral. We presented +Kay with a card, gift and flowers.

On June 19th we attended the commissioning of Bishop Genieve Blackwell as assistant bishop in the
Melbourne diocese. We were also represented at the consecration of Kate Wilmot in Perth on
August 6th. We welcomed Genieve and Kate to their new positions with cards and flowers.

There was another board meeting in July to coincide with a significant conference Grounding the
Sacred which was held at the Australian Catholic University on their Strathfield Campus. A number
of our board members attended the conference. During our board meeting we began the planning
for a MOWatch conference to be held in Melbourne in the spring of 2016.

The MOWatch Google Group seems to be working well to keep our members informed about
women and gender issues in the Australian church and around the world the on-line group also
provides an opportunity for members to dialogue with each other. We welcome your posts –
anyone already on line in the group can contribute.

It is especially pleasing to see the consecrations of the new women bishops in the UK after the first
woman bishop, Libby Lane was consecrated in February of this year. We have been in
correspondence with the Revd. Terrie Robinson, the Director for Women in Church and Society at
the Anglican Communion Office in London. At her request we submitted a document on the position
of women in Australia in preparation for an international meeting she was attending early this year.

Our board members remain much the same as in 2013. We farewelled our secretary Revd. Connie
Gerrity after acknowledging her valuable contribution to MOWatch. We were fortunate to be able
to appoint Angela Peverell to the position of Secretary. Angela brings to the board advanced skills
in IT and Digital Media, so we will all benefit from her fresh ideas and keen organisational skills.
Angela has also raised our profile using Facebook. With this new expertise we continue to remind
you that we always welcome suggestions from you, our members, about what we should be doing
next.

We greatly valued Dr Muriel Porter’s book, A New Exile? The future of Anglicanism which was
published this year. After reading Muriel’s timely analysis, and listening closely to Archbishop Glenn
Davies’ talk given to the Anglican Church League in March this year, we are very mindful of the
tensions and possible changes in church diocesan structures which may occur. We assure you that
we remain on watch and committed to prayer and action until women can be ordained in every
diocese in the Anglican Church of Australia.

The good news is that there are now two diocesan women bishops, +Sarah Macneil in Grafton and
+Kay Goldsworthy in Gippsland, and three assistant women bishops, +Genieve Blackwell in
Melbourne, +Alison Taylor in Brisbane, and +Kate Wilmot in Perth. At the present time 19 of the 23
dioceses in Australia ordain women to the diaconate and to the priesthood.

On behalf of the MOWatch Board I thank Sydney MOW for extending the invitation for MOWatch
Australia Ltd to have our AGM on the same day as they had planned to have their AGM. The board
also thanks all our members for all you have done to give women with a sense of call to the ordained
ministry the possibility of being accepted for ministry in their own diocese. A great deal has been
done – but, as ever, the future is unknown. We believe that there is still a role for us to play to
ensure that the gains that women have made towards equality of opportunity in the ministry and
life of our church remain and grow into an even greater blessing and grace for the Australian
Anglican Church as a whole.

So we have no choice but to remain on watch, ‘praying, living the sacraments, hearing and
proclaiming God’s Word, ministering to all in need, and refusing to abandon the generous inclusivity
that has been the hallmark of the best of historic Anglicanism.’ A New Exile? p.68.

Jeannette McHugh
President
MOWatch Australia Ltd.
The Movement for the Ordination of Women – on Watch
August 2015