It can be awkward, sometimes, for men to stand alongside women in the fight against patriarchy. They are, after all, beneficiaries of it, and don’t always entirely get it. It grates on some that men earn titles like “champions of change” – or even “manbassadors” – simply for doing the right thing.
But every now and then, it’s important to acknowledge the work our male allies do, often quietly and doggedly, for years.

I was reminded of that this week when I flipped through the papers of the Sydney Anglican Synod and saw a motion put by a man called Bernard Stewart that made me laugh out loud. The basis of his motion was the Sydney Anglicans’ enduring adherence to an outdated, literal interpretation of Paul’s instructions to the early church about gender roles – where men lead in the church and at home, and women submit to them obediently, listen in silence, and “refrain from exercising eldership authority”. 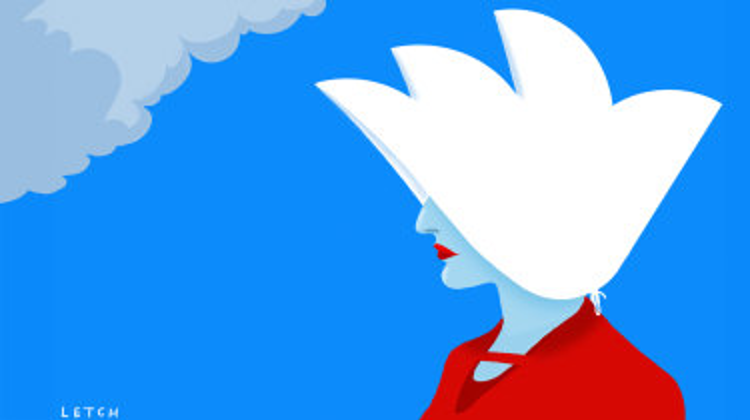 Yes, this is still upheld in most Sydney Anglican churches and the more the outside world changes, the more “male headship” is clung to as a kind of symbol of purity, of a church that refuses to be “contaminated” by feminism. If male authority is considered godly, then female rebellion is sinful, and feminism is to be treated as a pest controller might termites. The cognitive dissonance for Anglican women, who also work and live in the modern world, is immense.

In this context, dissenters – and I have been one of them – are castigated as, at best, unsound, and at worst, doing the devil’s work. Which brings me back to Bernard. Because in Sydney’s odd logic, men are heads of women in church and the home, but not (mostly) the world of business, he argued (tongue-in-cheek) that synod should be defined as business, so women could be allowed to speak without first consulting their husbands.

The motion also put that women should be able to attend synod without wearing hats (Paul told women to cover their heads in church, yet, for some reason this has been ignored as a requirement – even though several thousand women were told at a conference in 2017 that they should have long hair to signal submission, and also defer to men at work).

This made me laugh for two reasons – because he has been doing this for decades, and I had forgotten, and, second, because he was dryly underlining some of the contradictions in the dominant Sydney Anglican view of women, and the selective readings of the Bible its leaders use to ensure women cannot be priests, or even, preach to mixed congregations. The rule is most often described as: women are not allowed to preach to pews where men who have reached, or perhaps surpassed, puberty are there. Under his eye.

Yes, this is bonkers, but ever since countries like Britain, the US and most of the rest of Australia went on to make women priests, Sydney clerics have slowly but forcefully pulled women back from preaching or teaching roles, quashing and silencing yet another generation in a culture that has become paralysed and rendered increasingly archaic by a peculiar, defining kind of misogyny. Principals of girls schools grimace when asked about “male headship” and students have been angered when it was explained to them.

Advocates of “headship” repeatedly argue it does not mean men and women are not equal because men lead in sacrificial love and women voluntarily submit. As logical as a fish on a bicycle. Any plain English reading makes it clear men have the power and authority and women … don’t. 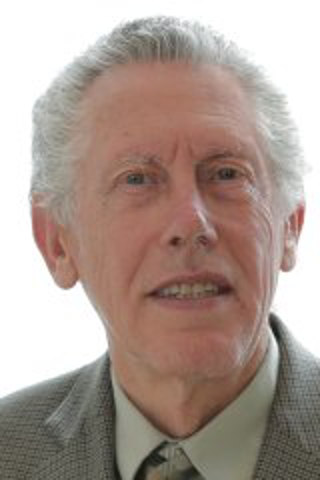 Professor Bernard Stewart continues to put the case for women.

Pockets of dissent remain though, skylights where sun from the outside world can peer through.

Professor Stewart is a well respected, globally renowned oncological researcher, from the School of Women’s and Children’s Health at the University of NSW. In the Sydney synod, though, which he has attended for 32 years as a lay representative of St George’s Paddington, he is a misfit, part of a determined, loosely organised coalition of moderates – regarded as oddities and outliers – who think women should lead alongside men. As did women in the Bible – the judge Deborah who led armies, Junia who was “chief among the apostles”, Joanna and Susanna who funded Jesus’ ministry, Priscilla who was a pastor and Mary Magdalene who Jesus told to go and preach the resurrection, for example.

My purpose in writing about Stewart is not to obscure the valiant, strenuous efforts of women in this community, some of whom blazed and burnt out and some of whom are still there, still leading a fight against their oppression. After all, men are encouraged to speak in this culture – it is women who are told to be silent, and their rebellion is costly.

But we need to honour those who keep turning up, and keep putting the case, even when they have nothing to gain, even when it seems all is hopeless in a small patch of the church renowned for its fundamentalism.

Another motion– by inveterate moderate Lyn Bannerman, would have allowed for female deacons to – prepare yourself for the shock of this – preach when men are present. This was not discussed due to time, though an amendment had been quickly proposed by the Reverend Nigel Fortescue, in whose parish women are not allowed not preach to mixed sex congregations but are able to offer personal – not theological – reflections. (He explains this as: the minister gives the sermon, and she – his wife in this example – can speak on how that might apply in people’s lives.) This practice has spread across Sydney in recent year

When I queried Stewart about what the role of men in the women’s movement should entail, he replied: “Unequivocal support, a recognition of not being fully able to understand and self-imposed avoidance of leadership.” Once, he was sitting in the public gallery, when a decree for the ordination of women was lost, at a time that the national church was embroiled in a furious debate about female priests. Stewart turned, disappointed, to the women at his side and was struck by their “weeping uncontrollably”: “I realised that the issue was not a matter of career options, but one going to some women’s view of their very being.”

Stewart did have one win this week – after he listed a motion saying the synod should ask for an increase in Newstart. The Archbishop announced he would write to Prime Minister personally to do so.

So many tell moderate people of faith to just leave, to abandon a confining literalism for expansive spiritual secularism, gothic arches for blue skies, and many have. But others faithfully remain, and put the case for inclusion and equality every single week. Many do because they have seen change happen elsewhere; seen the feet of women loosened from concrete.

Let’s just nod to them for a moment, today.

I asked Professor Stewart why he had hung in there so long. “Hope,” he said.

Not all Sydney Anglican women are oppressed and invisible

“My favourite moment in my favourite musical comes when Les Miserable’s protagonist breaks into his moment of existential crisis. “Who am I?” he lyrically wails.

As I read Julia Baird’s latest offering about the caricatured, oppressed, silenced and invisible women of the Sydney Anglican Diocese (“In praise of the oddities and outliers resisting bonkers fundamentalism in Sydney”, October 26), I found myself having my very own Jean Val Jean moment (though, sadly, without the accompanying symphony). Who am I? I’m an ordained member of the Sydney Anglican clergy. But I’m also a woman.

Yes. That’s right. I’m one of those mythical figures. A female member of the Sydney Anglican clergy.

Of course, in being that, I’m also many other things. I’m a pastor who has worked in five different Anglican churches. I’m a student who has two bachelor degrees (including one from the Sydney Anglican theological college) and who is almost ready to submit her PhD (through another Anglican theological college). I’m a long serving member of Anglican and other Christian boards. I’m a past member of the Sydney Anglican Synod and a current member of the General Anglican Synod. I’m a Bible teacher who has spoken at countless Christian events and church services. I’m the creator and chair of a new but already significant Christian ministry which, in the 18 months since its inception, has run four conferences in Sydney, interstate and overseas. I’ve spoken at all of them. I’m a leader in my theological research field. I’m a writer of Christian resources. I’m a senior research fellow with an Anglican-affiliated women’s ministry organisation.

Who am I? I am a woman who is tired of being caricatured, oppressed, silenced and made to feel invisible. But not by Sydney Anglican men. By Julia Baird. –

Over many decades I, too, have indulged in lampooning the fundamentalism of the Sydney Anglican Diocese. The institution is a satirist’s paradise. A year ago the diocesan synod debated the eligibility of divorcees, who had been victims of domestic violence, to remarry in church. The patriarchal language used by influential opponents of change was not a source of hilarity but highly disturbing.

I concluded that the diocese has evolved into a pernicious entity which survives solely from ingesting its own doctrinal entrails. I had no option but to later inform my local rector that my ties were cut and I had connected with a parish in another Australian diocese where a healthy divergence of views flourishes and is respected. –

I’ve sometimes wondered what would happen if women took St Paul’s injunction to cover their heads and be silent in church seriously. It would mean a lot of labour would have to withdrawn, from praying for the people, reading the Bible and leading both the service and the singing. I suppose we could still serve morning tea and count the money. – Vivienne Parsons, Thornleigh

When I was made a deacon in 1996, I was in my mid-50s after a career of science teaching. Many young men who were ordained with me went on to become priests and archdeacons, deans and bishops. The women were mostly in churches where they would not be able to preach to men. I subsequently was assistant minister at Paddington church and was given as full a ministry as was possible. But, as Julia says, Sydney Diocese is “bonkers” about women being priests and preaching. – Reverend Sue Emeleus, Ermington”