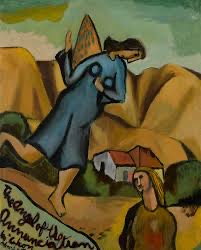 Sermon delivered by the Dean of St Peter’s Cathedral Adelaide, South Australia, the Very Reverend Frank Nelson at the Lady Day service on the Feast of the Annunciation, 25 March 2021. 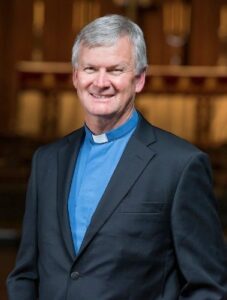 Cecile, Nancy, Peggy, Charity, Ellie – five women who, for me, epitomise the response of Mary to the visit by the Archangel Gabriel. “Here am I, the servant of the Lord; let it be with me according to your word.” Not all are or were members of the Mothers Union. All felt the call of God on their lives and responded in the best way they could.

I’ve been doing a lot of reflecting on my life and my call to ordination. Some of you may have heard the three-part series of radio interviews for LifeFM that Christine and I did with Lynn Arnold recently. We talk about some of the people I have named, and, if you are interested, you can find the links for the podcasts.

Cecile died in the middle of the first South African Covid lockdown last year. None of her family were allowed or able to visit her in her final two months; and her increasing deafness, frailness and forgetfulness meant she could not make or even receive phone calls. Like so many she appeared to die a lonely death isolated from her children, grand and great grandchildren. Yet she did not die alone. She died as members of her new family, those who cared for her in her final years, sat with her in her dying, singing the hymns that had sustained her faith throughout her ninety-four years; just as she had done so often for so many in her active years as member of the Mothers Union and a Lay Minister. As a young newly qualified domestic science teacher she found herself at a girls’ school run by Anglican nuns. The disciplined life of prayer and worship followed by the nuns was deeply attractive to Cecile and she and a close friend talked much and often about the call of God in their lives. Mary was professed, Cecile followed another call, married and had seven children – one of whom was me! A praying person, she gave strict instructions to us children not to interrupt her during her quiet rest and prayer times at midday, when she held each of her children in prayer before God. It is to her I credit the hearing of my own call to the ordained life and she was able to be present at a number ofsignificant events in my life, including both ordinations.

Nancy was a professor of politics when I first met her. A tiny feisty lady she had fought her way to the top of her chosen profession by her sheer tenacity, brilliance and bloody-mindedness not to succumb the rampant sexism, the putting down of women, and the discrimination against married women of her day. (Sadly we don’t seem to have learned all that much in the years since.) Nancy was also a Sunday School teacher and, when I joined the staff of Grahamstown Cathedral, was a lay worker. A staunch member of the Black Sash, an organisation formed by, and open exclusively to, white women who opposed Apartheid, Nancy knew well the inside of police cells, the sound of her phone being tapped, and the peeping prying lens of the special branch surveillance teams. As a grandmother she knew the importance of gathering together parents of young babies, of providing a forum for adult conversation to people often isolated by the demands of child-care. She was the first woman to be ordained a priest in the South African Anglican Church.

In her smart black skirt and purple jacket Peggy always had her Mothers’ Union badge pinned to the lapel. Hers was a full life running a large school as well as her home, family and the local MU branch. She lived in the township of Phomolong – a collection of small houses known as two-by-fours. Semidetached houses of just two rooms, each of which might house a family of four or six or even eight people. The corrugated roof made for sweltering summer days and freezing winter nights. Rows and rows of these identical state-built houses on numbered, un-named streets, ensured the people were constantly reminded that they were not really considered human! In the 1980s when I got to know Peggy police and military vehicles patrolled the streets at night, and air-force searchlights played back and forth across the valleys. Like all the African church women’s groups the Anglicans had their uniforms – black skirt, purple jacket and black beret or hat. At the time I had responsibility for about thirty different worship centres – some in very remote areas. When a priest or minister, of any denomination, passed through the area all the people would come to worship. Anglicans in purple, Methodists in black and white, Catholics in blue. A prized possession would be a bible with hymn book at the back. The announcement of hymn 327 would see frantic scrabbling to find the right page and then, led by a cantor, often someone like Peggy, the hymn would begin. With no instruments the beat was kept by thumping the hand against the hymn book. Palm Sunday processions moved right through the township and several times round the church following the swaying cross and with children running alongside waving branches, clusters of long grass – whatever they could find.

Charity worked in the inner city. Her name summed up her nature, her calling and her occupation. A social worker Charity was employed by St Mary’s Cathedral in Johannesburg to work with the dozens of desperate people who found their way to the cathedral doors each week. Among other things she was responsible for a very large pot of soup made from vegetables scrounged from the street hawkers and, if possible, a bone or two from a friendly and generous local butcher. Dealing with all the issues associated with unemployment, alcohol and drug abuse, mental health and the emerging pandemic of HIV/AIDS Charity only once lost her composure in front of me. I dropped into her office one day – people sitting patiently outside waiting to see her. I noticed a bruise on her face and asked her how she was. Her eyes filled with tears as she talked to me about her husband. He’d been fired and had turned to drink. The previous evening he had attacked her with his fists as she tried to comfort the hungry crying baby.

Ellie came into my life as a PhD student and ordinand. Brought up in the UK I found her broad Northumbrian accent not always easy to understand. As part of her research she had spent time with Mothers Union groups in Tanzania and Fiji studying the dynamics of group interaction and the effects of faith communities on the wider communities. As an assistant curate working under me she established a new and vibrant Mothers’ Union Group about twelve years ago – a group whose members (including men) brought their babies to meetings – just as Mary Sumner envisaged when she founded the MU. Ellie is now an assistant bishop in the Diocese of Wellington, one of the new generation of church leaders working hard to engage the world and the Gospel in creative and innovative ways. Like Bishop Penny Jamieson before her, Bishop Ellie’s husband Tim is supportive of her vocation and moves quietly in the background of her ministry.

Today we gather in light coming through the most recently installed window in this Cathedral – the Magdalene Window. Installed in 2001 the window acknowledges the role of women in the scriptures, in the history of the church and in the forefront of social change in South Australia. In ten days’ time we will read again the remarkable and moving account of Mary Magdalene’s encounter with Jesus in the garden on the first Easter Day, and his commission to her to be the apostle to the Apostles. As we emerge from this extraordinary year may we, with Mary the Mother of Our Lord, continue to rebuild hope and confidence in our communities and so honour she who is called the favoured one. 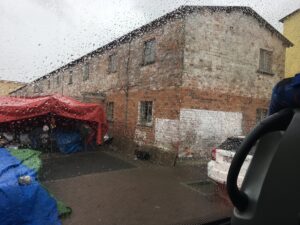 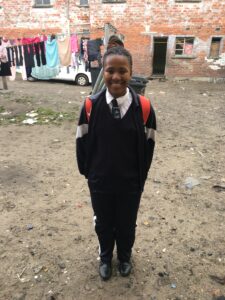 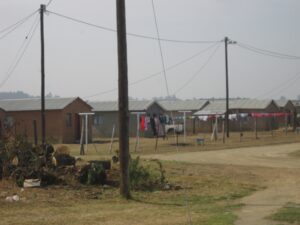 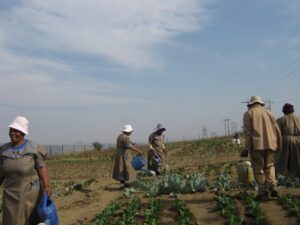