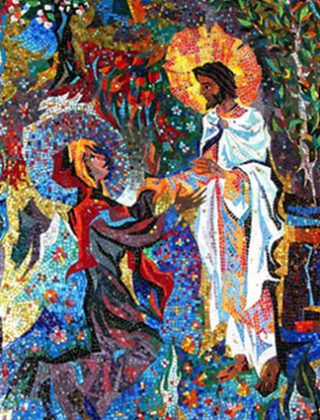 The Movement for the Ordination of Women congratulates the Anglican Church of Australia for commissioning the report on family violence and calls on Anglican leaders and church communities to speak out against the heretical theology which underpins the oppression of women and is counter to the Gospel message of love.

The National Anglican Family Violence Research Report revealed evidence of intimate partner violence amongst church-going Anglicans that was at the same level – or higher – than amongst both other Anglicans, and the wider Australian community.

Most Anglican clergy surveyed believed ‘that Scripture is misused by the abuser in Christian families’.  The Report quoted survey participants’ ‘feelings of self-doubt, self-blame, entrapment and shame’ that they attributed to Christian teachings about marriage.

The Rev’d Dr Lesley McLean President of the National Movement for the Ordination of Women (MOW) said “…The Movement for the Ordination of Women believes that the doctrine of headship, as developed and spread around Australia by the Sydney Anglican Diocese, fuels this violence.  This theology, which preaches the submission of the wife to the husband, is harmful, not only to those trapped in what they believe to be the lifelong commitment of marriage, but also to the general well-being of women and men who are brought up to believe that women cannot question the dictates of men, or hold senior office in the church. …”

The Rev’d Dr Lesley McLean, President of the National Movement for the Ordination of Women (MOW): MOW was formed in 1985 and continues its mission of encouragement and education to both men and women in the Anglican Church.