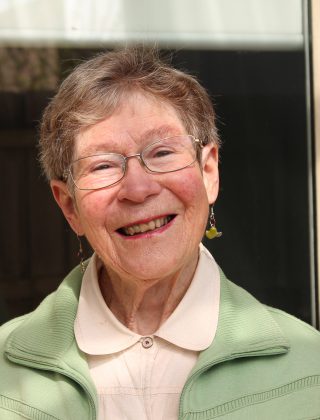 Cloistered in this one small cell
like a medieval monk, unarmed
but with scrolls of vellum
not to adorn with Celtic rune,
and instruments, exact, precise, charmed
but to measure sea miles under moon
that sailors and aspiring merchant traders
might chart a surer course, dispel invaders
towards the Orient and the spices.

This man, geographer he may be
held still, wholly intent, engrossed
mind engaged with the immensity
beyond lighted windows, views far coast
rides vast oceans, past islands cast adrift.
where darker men trade exotic gift.
Philosopher like, he seeks, yearns
transported, sails unfurled, his heart burns
to find meaning in this starred expanse,
akin to monks of old, mystic yet, entranced
he contemplates, and dwells apart.

In blue oriental robe, illumined
all else in shadow, darkened, does Vermeer
Painter mostly of women in domesticity,
see himself, Calvinist or Catholic, immersed
not in Delfts rich commerce, prosperity,
but one with the philosopher, a seer,
independent of mind, a seeker after truth.

I am no poet but a passionate lover of poetry from earliest childhood. I joined a Poetry Workshop begun by Philip Harvey, Carmelite Librarian, and poetry editor of Eureka Street, prior to Covid-19, and each month we meet on line and Philip gives us a new challenge. ‘Write a poem on a favourite painting’, gave rise to this, and having loved Vermeer for many a year, I chose one of his few paintings of men,’ The Geographer’.

My interaction with MOW began in Brisbane in the early eighties when I was still wearing a Habit as a member of SSA and Monica Furlong visited. Having withdrawn from the Community, I arrived to live in Melbourne just 4 days before the first Deaconing of women in February 1986, and was thrilled to be part of that momentous occasion. As a member of MOW I edited the Newsletter for a few years, studied for a degree in Theology as an Associate of Trinity but did not seek ordination. After 8 years in Papua New Guinea, the last 4 lecturing in Newton Theological College in Popondetta, I was lured by Lesley McLean to the Eyre Peninsula of SA and the great Diocese of Willochra. There in the little farming town of Wudinna I was made Deacon in March 2003 and ordained Priest in December of that year in Port Augusta by Bishop Garry Weatherill. Lesley shocked me into it, saying that she had always thought I had a priestly vocation! I was delighted that Alison Gent and Kathleen Toal were present on that occasion. 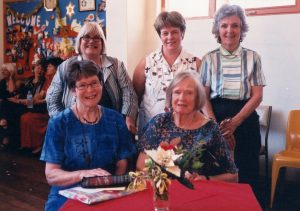 After 8 very happy years in Willochra, I have continued to minister in what I call active retirement in the Diocese of Melbourne since 2010, always eager to encourage women, and not only young women, to respond to God’s call to ordination. After all, I was accepted at the age of 65!

beneath layers of bark revealed, sensations
of minuscule creatures at work with vision
hardly pausing, scrambling, gathering with elation

gum, on legs and backs of beetles, no petition
made to cease from labour, siesta, sabbath rest,
small grubs and ants employ distinct cognition.

Press on, no delay, nor would one dare suggest,
For in Winter’s cold, less energy to invest.

Should you wish, google this frightfully difficult Italian form in tercets with its intricate rhyming scheme and lines of 11 syllables in iambic pentameter. I just wanted to have a go at it, and I don’t think much of the result.

You may recall that Shelley wrote ‘Ode to the West Wind’ in Terza Rima. He was a real poet!