Women bishops: Jesus was happy with female apostles. What is the C of E’s problem? 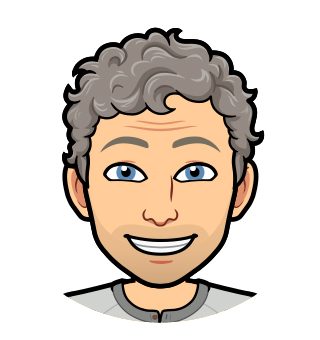 The following article by Professor Diarmaid MacCulloch was published in the London Observer on 7 July 2012. At its General Synod in July 2012, the Church of England decided to delay voting on the consecration of women as bishops.

It’s probably too late for those arguing at the General Synod about women bishops this weekend to include much theology in their deliberations, but one prominent strand in the debates has been a theological jargon phrase, calculated as always to baffle outsiders to churchy stuff: ‘the Apostolic Succession’.  This is the idea that bishops stand in a continuous line of church leaders right back to the Apostles chosen by Jesus himself.  Very often those who oppose opening up the episcopate to another fifty per cent of the human race treat ‘Apostolic Succession’ as a knock-down argument on their side.  All Jesus’s Twelve Apostles were men, they point out helpfully, therefore all bishops should be men, always, everywhere.

There’s a problem with this argument.  Strictly speaking, the Twelve Apostles were not the Twelve Apostles: they were the Twelve, who happened to be Apostles.  Their chief purpose was to be Twelve, not Apostles – because they were a sign that Jesus was instituting a New Israel with its Twelve Tribes, as the world drew to its end.  I don’t think that the promoters of an all-male episcopate would wish to say that twenty-first century bishops should spend their time proclaiming the imminent end of the world.  The word ‘Apostle’ simply means ‘messenger’, and there was and is quite a lot else to say about Jesus than announcing the end of the world.  There were other Apostles who were not in the Twelve, some of them chosen directly by Jesus, some not.  In the latter category was a man who nevertheless spent a lot of time emphasising that he was an Apostle of Jesus, and indeed went on to make something of a splash in Christian history: Paul of Tarsus.

In fact, the story of leadership in the early Church is quite complicated, and it’s clear from what scanty evidence survives that not all the first Christian Churches were led by bishops, even when they had Apostles hanging around.  It’s also certain that not all Apostles were men.  Paul is our best witness here, all the more so because his own attitude to women in the Church seems confused: once in his first letter (‘Epistle’) to the Corinthians he orders women absolutely to keep silence in worship, and elsewhere in the same Epistle, he allows them to pray or prophesy with their heads covered.  The contradiction is one good reason for supposing that this apparent single Epistle has been stitched together from at least two different texts.  Yet once we’ve got past that puzzle, there are some other fascinating straws in the wind in the surviving fragments of Paul’s writings.

Nearly all the people whom Paul mentions in his writings are just names to us, with a fact or two attached, but the names and facts are significant.  Amid the large number of folk whom Paul lists as sending greetings in his Epistle to the Romans are Phoebe, the deacon (administrative officer or assistant) in the Church of Cenchreae (a port near Corinth); Prisca, a ‘fellow-worker’; and Tryphaena and Tryphosa, ‘workers in the Lord’ – descriptions which Paul also applies to men in the same passage.  Biblical translators and therefore historians have also tended to view Phoebe’s status as that of a ‘deaconess’; yet this is probably reading back from the third and fourth centuries, when female deacons were restricted to roles necessarily reserved for women, like looking after scantily-clad females in services of baptism.  There is no good reason to suppose that first- and second-century Christians made such a distinction.

Most strikingly, Paul’s greeting list in his letter to the Romans includes Junia, a female ‘Apostle’, so described alongside another ‘Apostle’ with a male name.  That obviously feminine ending ‘a’ to Junia’s name was considered such an appalling anomaly by many later readers of Romans that when biblical manuscripts were copied and recopied over the centuries, the name Junia was frequently changed to a masculine form, or was simply regarded without any justification as a man’s name.  Nevertheless, early biblical commentators were given a strong rhetorical lead by the great fourth-century preaching Bishop of Constantinople John Chrysostom, who was honourably prepared to acknowledge the surprising femininity of Junia.  Then after twelve hundred years, there was a sudden contrary turn in the writings of Giles of Rome, in the thirteenth-century Western Church; now Junia was a man, and biblical commentators didn’t correct that until the twentieth century.  Devotees of the immortal transvestite comedy Some Like It Hot will recall the millionaire Osgood’s cheerful riposte to Jack Lemmon’s exasperated final revelation that he is of the male gender: ‘Well, nobody’s perfect’.

None of this is surprising, since in the last few decades, archaeologists have discovered a number of references on gravestones or other inscriptions which show that around Paul’s time there was active female leadership in the councils of Jewish synagogues.  Jewish women were sitting alongside Jewish men as ‘elders’, in appropriately-gendered variants on a Greek word presbuteros, which Christians soon borrowed and applied to a newly-created priesthood.  This was the era in which Christian Churches were still very close to the synagogues, and inevitably there was going to be overlap.

The great distorting factor in Christian history which transcends denominational and many other ecclesiastical divisions is that most history has been written by men.  And the truth is that men are for the most part not very interested in women, except in certain very specific ways – most of which have been officially off-limits, because of the general tendency of past Christian historians to be not just men, but celibate clergymen.  There is another wild card to take into account in history: the way that something which once seemed so important to everyone can suddenly seem of no significance at all – and then, all the worries are rapidly and totally forgotten, as if they had never been.  Let me point you to one of the most long-lasting examples: the Christian ban on menstruating women from participation in the sacraments, or even from approaching the altar.

This prohibition, which seems so bizarre now, is first to be encountered in the writings of Dionysius, Bishop of Alexandria at the beginning of the third century.  An honourable exception – one of very few – to this unexamined consensus was Pope Gregory the Great, writing soon after launching his mission to England under the monk Augustine in 597.  Alas, the Pope’s open-mindedness was probably conditioned by his evident irritation with the Christians who were already there in Britain before Augustine arrived; they not only predated but resisted Augustine’s authority.  These native Christians were rigorous about menstruating women, and it was their independent-mindedness that provoked the Pope’s liberal ruling.  The consensus began to fade in the sixteenth-century Reformation, at least among those Protestant Churches whose worship was less centred on the sacraments than was the case in the Catholic Church, but the prejudice survived half-expressed in the more ceremonially-minded parts of Lutheranism and Anglicanism till the 1950s, and it could still be encountered in 1970 in a regulation of the Roman Catholic Church excluding women lectors from the sanctuary during their menstrual periods.  Now Western Christendom at least has forgotten an issue upon which Church leaders were near-unanimously agreed, almost without discussion, for seventeen hundred years.  Any lessons to be drawn from that?

Christian history shows a consistent pattern from Paul to the present.  In times of trial and conflict, or of rapid innovation in theology, men fall away from their accustomed leadership roles, partly because they are more likely than women to be victims of punitive violence from other men.  In their place, female leadership re-emerges as a survival strategy for the Church.  The time for men to take over again is when life has returned to more tranquil patterns, the Church conforms once more to the expectations of society around it, and the historical record is adjusted to match those expectations.  It would be good to break this cycle in the twentieth century, and simply accept once more that women can be Christian leaders just as much as men.  There is one brutally pragmatic consideration: given how dysfunctional the Bench of English Bishops has collectively shown itself to be over the last year or two, one way of remedying the problem would be to have fewer men and more women amid the ranks of mitres.

Diarmaid MacCulloch is Professor of the History of the Church at the University of Oxford.