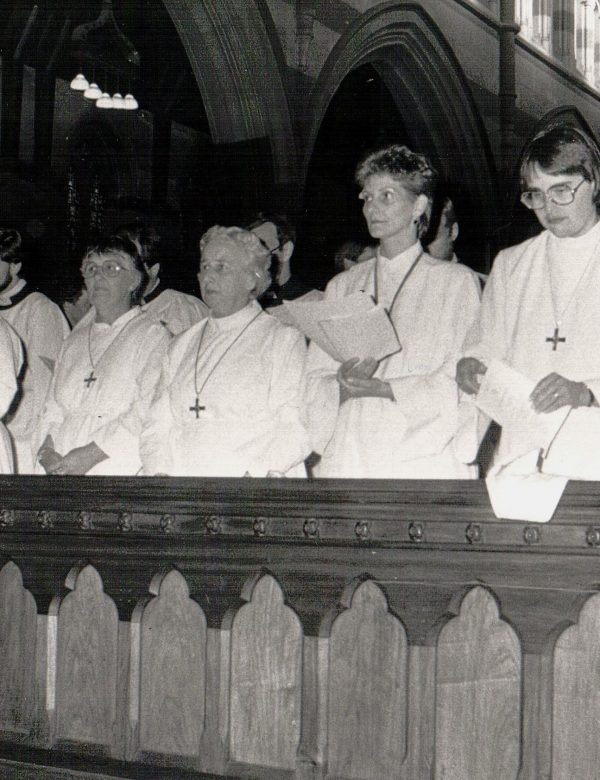 The year 1986 was an auspicious occasion, during that year Australia’s first women deacons were ordained in the dioceses of Melbourne, Tasmania, Perth and North Queensland.

Among these eight women Elizabeth Alfred, retired and then aged 72 had been a deaconess for 42 years. Kate Prowd, on the other hand was fresh from theological college, ordained alongside her classmates as a matter of course. There was a second ordination of women deacons in Melbourne on May 9 1986, because the numbers were too great for one service.

In Perth the first three women, Jenny Hall, Joyce Polson and Anna Cullen were ordained as deacon on March 1st.

In 1992 Kay Goldswothy was among the first women to be ordained as priest in Perth and in 2008 became Australia’s first woman to be consecrated as a bishop.

So, there is plenty of reason to celebrate in 2011.