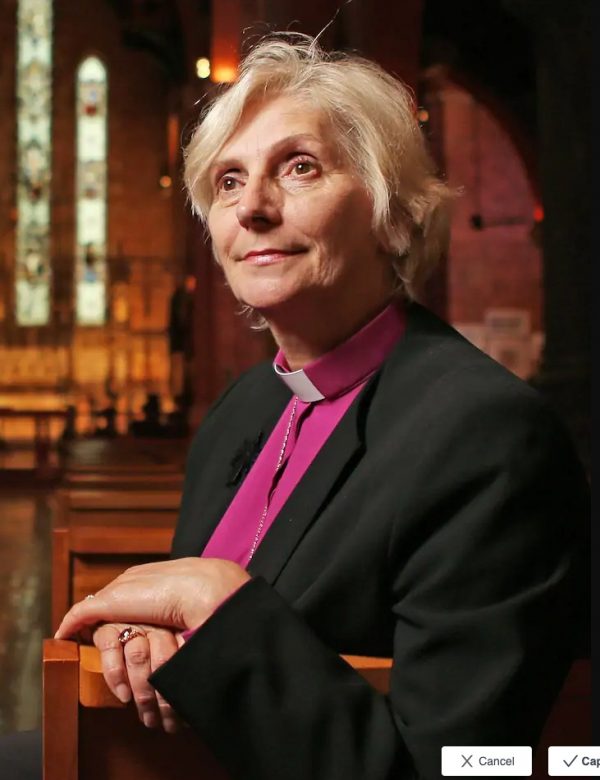 A TRAILBLAZER for three decades, Bishop Kay Goldsworthy is accustomed to “firsts” and smashing through the “stained glass ceiling”.

She was among the first group of women to be ordained as priests in Australia in 1992. Then in 2008, she became the nation’s first female bishop.

On Saturday February 10, she will break another barrier in her church when she takes her place as Australia’s first female archbishop.

Speaking to The Sunday Times this week from her new office at Anglican Church headquarters in the heart of the city, Bishop Goldsworthy knows the sacred moment on the altar of St George’s Cathedral will be a historic one; but chooses not to be consumed by it.

Amid the global #MeToo movement, the ongoing battle for gender equality and the campaign against domestic violence, Bishop Goldsworthy said it was important to have as many women as possible in positions of leadership to be “beacons” for others.

“People have been empowered to tell their stories in a variety of ways in the last several years … when people say ‘I’m not the only one’, that’s a really significant thing.”

There’s an obvious parallel between the Me Too movement and the Royal Commission into institutional child sex abuse that likewise paved the way for a tsunami of victims to stand up and and share their stories.

“The royal commission offered people a safe space — finally — to be able to tell their story of abuse,” she said. “The question that comes is … how does the movement work together to enact change … significant and long-term change.”

Exuding warmth and humility, the 61-year-old, who recently returned to Perth after a three-year stint as bishop in Gippsland, Victoria, admits to feeling both excited and daunted by her new role as Perth’s most senior Anglican — one she was initially reluctant about.

She does not feel her gender played any part in her being elected to the holy position, rather she was deemed to be the right person at the right time to lead the Perth diocese forward.

“It will be marked as a historic moment because it is a first time,” she said. “And there is that to it, but I’d have to say that is not the reason that I’m here.”

Speaking of history, Bishop Goldsworthy is proud the Church has proved itself to be a leader in advocating for women to be leaders.

“People are still looking to women who are in places of leadership, responsibility, some kind of authority and say there’s a door opened,” she said. “I would always say if that door’s been opened and I’ve walked through; it needs to stay open for others to walk through.”

REBUILDING TRUST
Bishop Goldsworthy knows an immediate challenge for her will be the diocese’s response to the Royal Commission recommendations and working with other churches and institutions and the Commonwealth on a proposed national redress scheme for victims.

Last year, The Sunday Times reported the Anglican Church in WA had paid $1.85 million in compensation to victims of alleged child sex abuse.

The hard work ahead, Bishop Goldsworthy says, will be about “being attentive, having our eyes open and being clear that we are able to be trusted” without a “climate of secrets”. 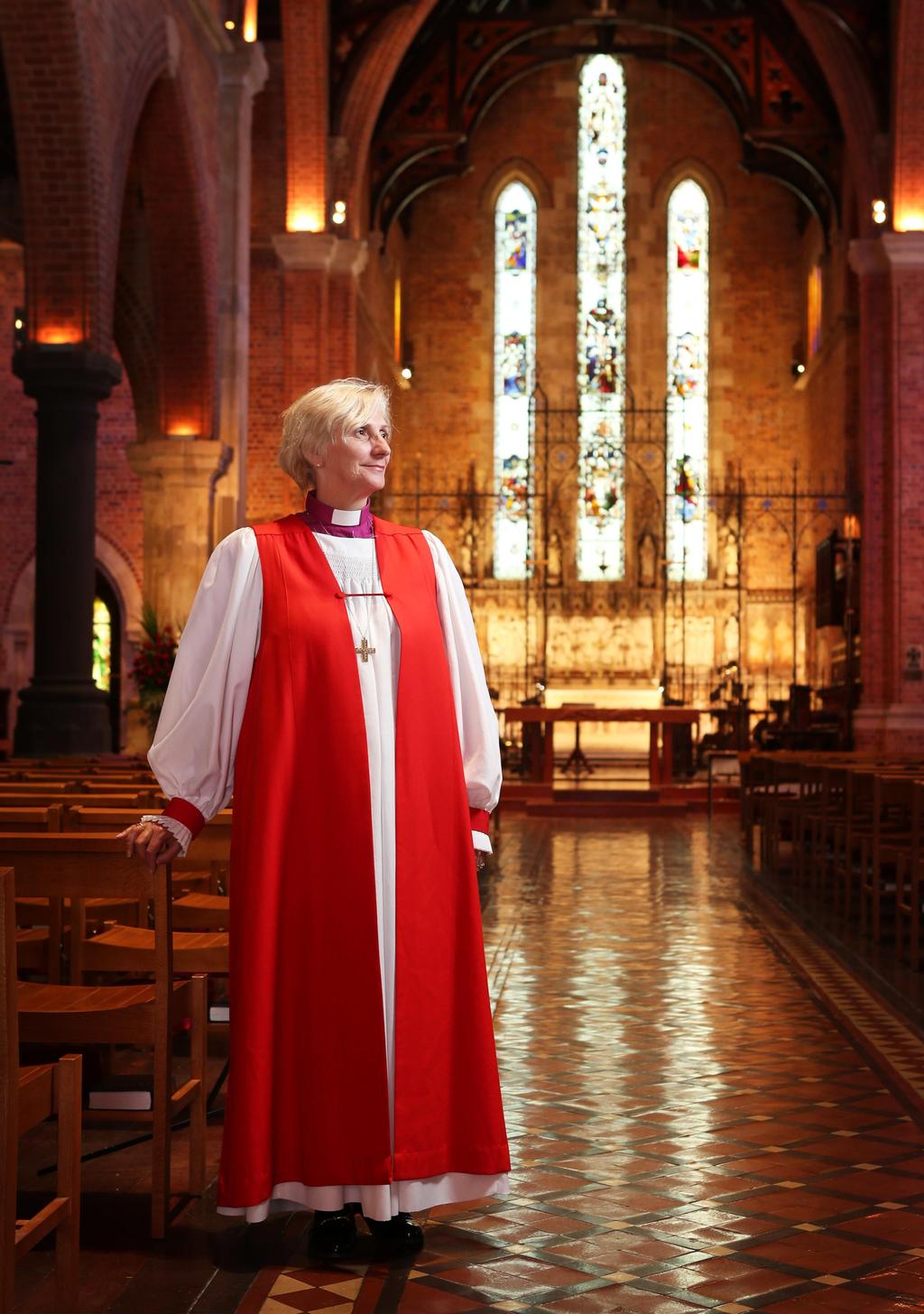 The bishop chooses her words carefully when addressing the circumstances surrounding the departure of her predecessor.

Former Perth Anglican archbishop Roger Herft resigned last year, earlier than expected and under a cloud, after admitting to the commission he had let down survivors of child sex abuse in his response to allegations during his time as bishop of Newcastle.

“I think clearly the community were seeking some kind of understanding about what is this about, what does this mean, I really don’t know how he came to the decisions he came to,” Bishop Goldsworthy said.

“I think that we all feel some weight of responsibility … suddenly the whole Church has had to look at ourselves and go, ‘I didn’t ever see this, but I feel so completely part of taking the responsibility. I think the community is holding the Church to account and so it should.

“We are a public face of a faith which proclaims love, grace and redemption. I think we’re being held accountable to look more like Jesus and so we should.”

DIVISION IN THE CHURCH
Having previously stated her personal position on same-sex marriage was on the “inclusive” side, Bishop Goldsworthy has tempered any expectations on what having a pro-gay-marriage archbishop will mean. Her position of influence does not give her divine powers to make changes like this on her own, she says. 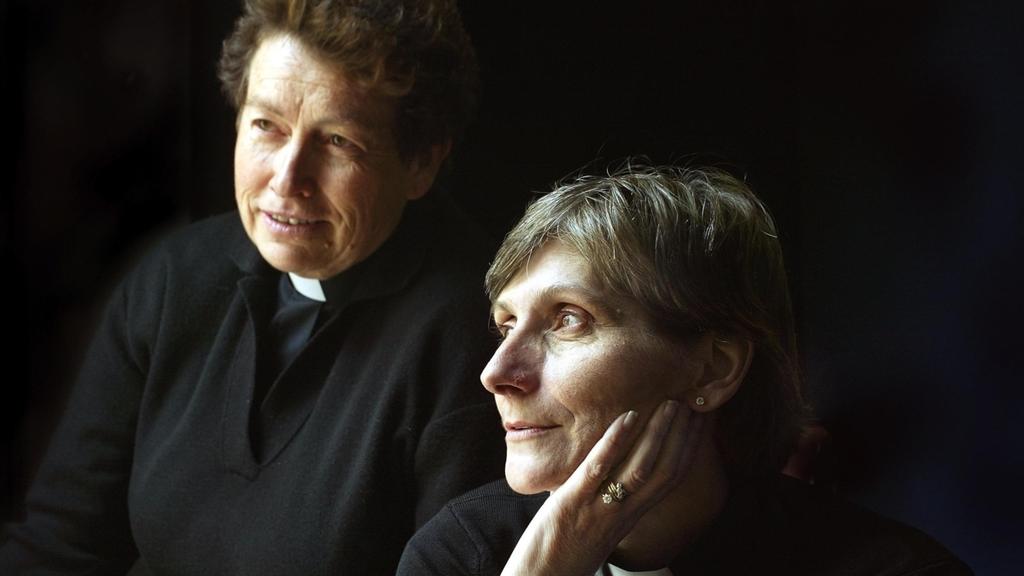 Although she hopes to help unify the church on this issue, she says any decision needs to be made by the Church nationally.

“At this point in time, the Anglican Church is not, I believe, going to change its stance on its understanding of marriage, which is a lifelong union between a man and a woman,” she said. “I can’t see the Anglican Church changing its view anytime soon.

“My personal view (in support of same-sex marriage) is really based around what do I believe is possible in relationships: is it possible to be in a committed, loving, faithful relationship and what might that look like.”

She hoped gay Anglicans would still find the Church to be welcoming and inclusive, but was realistic about the “sadness” the Church’s stance may cause them, conceding: “I think it probably makes some people feel less welcome.”

But she did have this to say: “The Church can be slow, not always, but it can be slow, but it also can be and is able to change, able to open up, able to see things in a new way, from a new perspective.”

COMING HOME
Although born in Melbourne, after spending 27 years in WA in which she spent time as chaplain of Perth College and in a parish in Applecross, Bishop Goldsworthy said returning to Perth “feels a lot like coming home”. 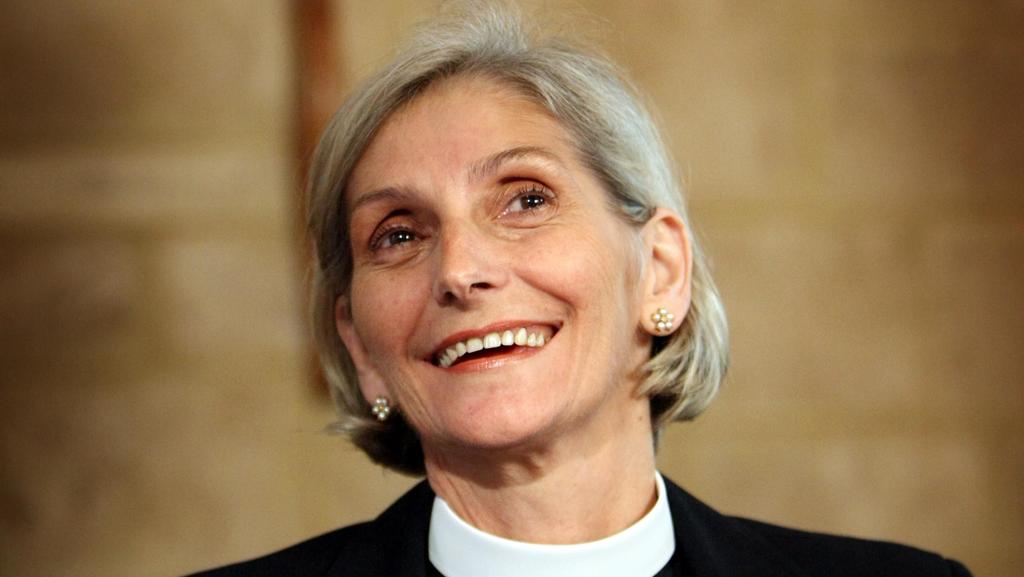 The move back west also means Bishop Goldsworthy and her husband of nearly 30 years, Jeri James, can be closer to their two adult sons, in Perth.

She said her immediate tasks as archbishop would be to “listen” to her parishioners, church agencies and the wider community about issues important to the life of the Church.

One issue she is particularly passionate about and wants to delve into, is the ongoing campaign to tackle the scourge of violence against women and children in the community.

“My goodness, that one woman a week dies,” she trails off. “I hope that I might be able to be, in my own incredibly small way, a voice alongside other voices.”