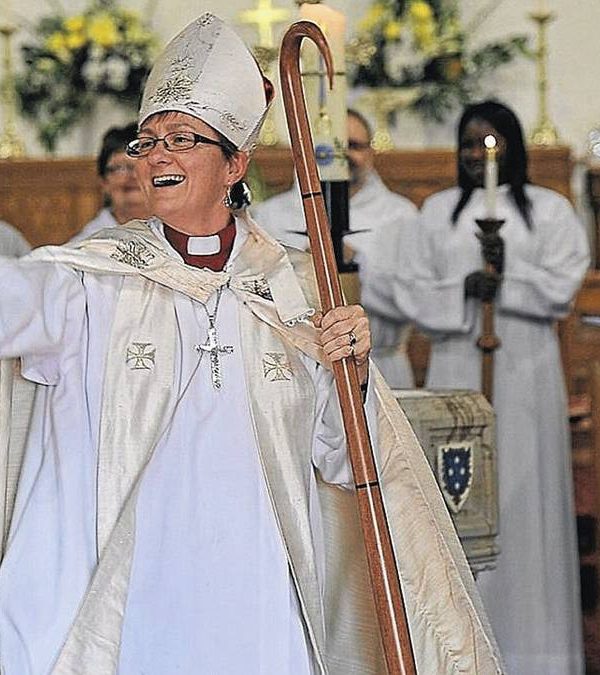 MOWatch members and friends are all delighted at the appointment of a third woman to be a bishop in the Anglican Church of Australia. Bp Stuart Robinson has announced that he will consecrate Archdeacon Genieve Blackwell as a bishop on 31st March 2012. Bishop-elect Genieve is to be the Assistant Bishop region of Wagga Wagga, North-West and South-West in the Diocese of Canberra-Goulburn. Genieve is currently Rector of Yass and Archdeacon of Goulburn Rural Ministries. In early 2012 she will move to Wagga Wagga and become Rector of Turvey Park and Archdeacon of Wagga Wagga.

Genieve studied at Moore College, Sydney and was ordained Deacon in Sydney in 1993, she moved to Bathurst Diocese where she was ordained priest in 1998. She appointed as Rector of Yass in the Diocese of Canberra-Goulburn in 2005. Genieve was appointed an archdeacon in 2007.

Archdeacon Ian Lambert will be Assistant Bishop region of the Coast, Southern Monaro and the Snowy and will be consecrated with Genieve. The appointments have received the necessary permissions. The chief consecrator at the service will be the Right Reverend Dr Brain Farran, Bishop of Newcastle. Bishop Brian is the most senior Bishop in the Province of NSW and he stands in for the Archbishop when he is unable to be present at certain events.

Further details can be found on the Diocese of Canberra-Goulburn website.

Please pray for Genieve and for Ian as they prepare for lives as bishops.

In 2008 Bishops Kay Goldsworthy (Perth) and Barbara Darling (Melbourne) were both consecrated as bishops.

Sing songs and dance with shouts of joy.